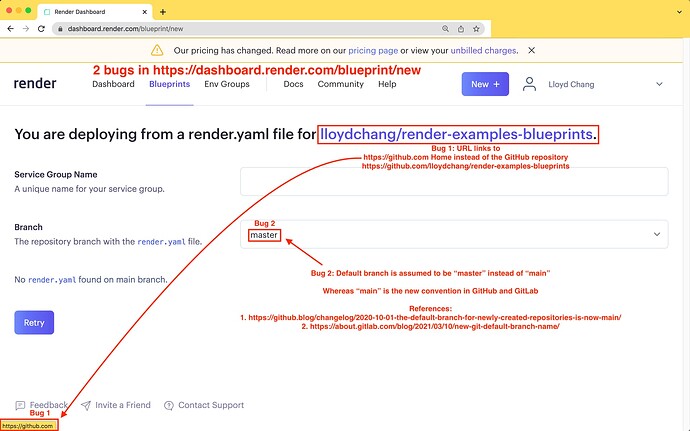 Bug 2: Default branch is assumed to be “master” instead of “main” — Whereas “main” is the new convention in GitHub and GitLab

• Bug 1 is no longer reproducible for me.

Good because I can click the URL onto my GitHub repository to add a render.yaml file.

Bug 1: I wonder if there was an Eventual Consistency https://en.wikipedia.org/wiki/Eventual_consistency issue earlier which Render couldn’t fully connect to my GitHub repository to render (pun intended) the URL, then Render fell back to redirecting me to the wrong place (GitHub Home https://github.com). 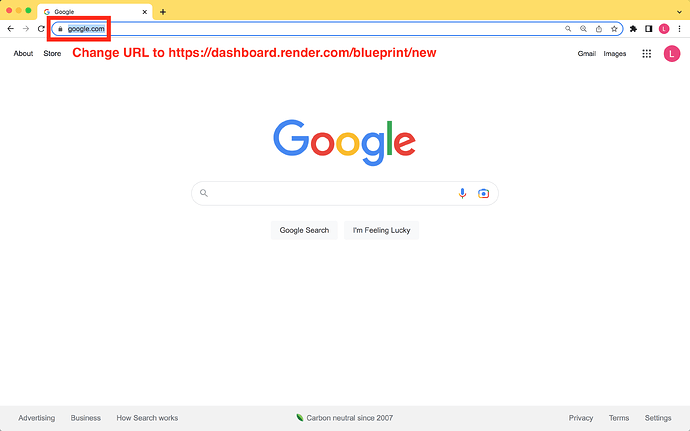 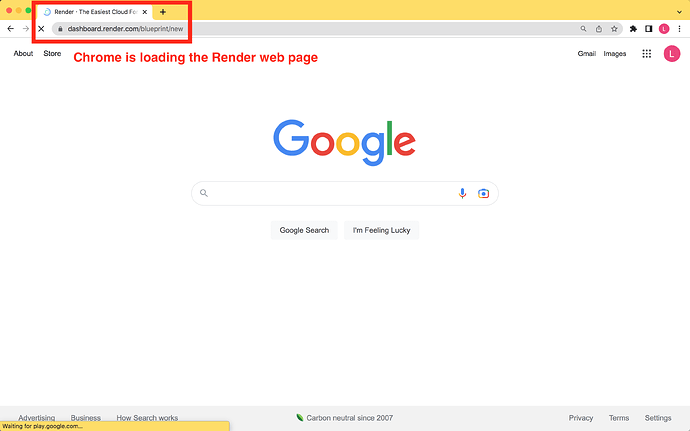 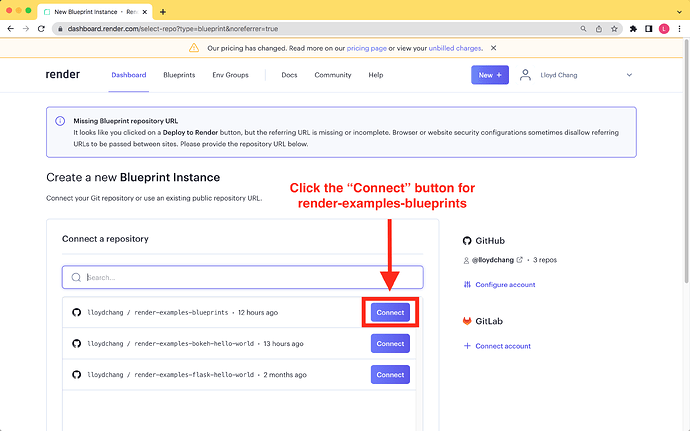 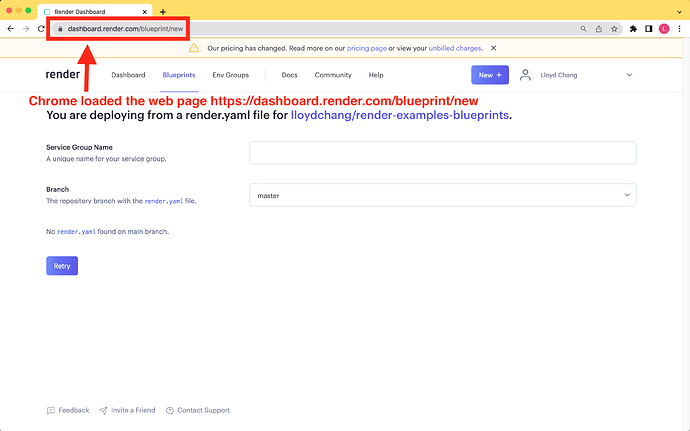 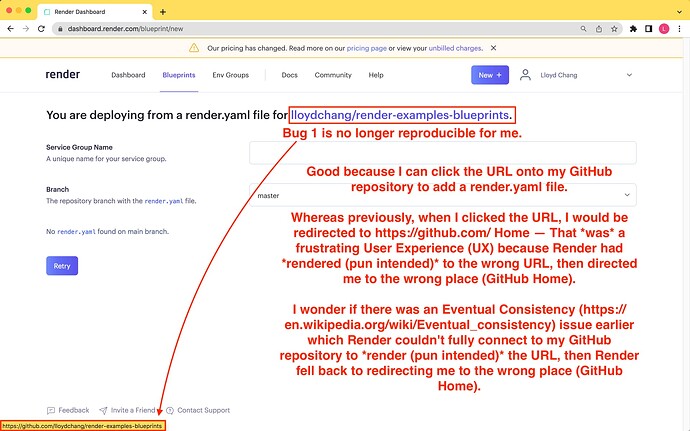 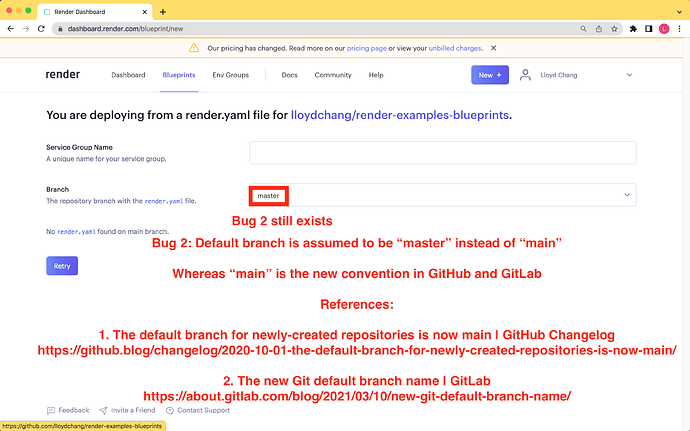 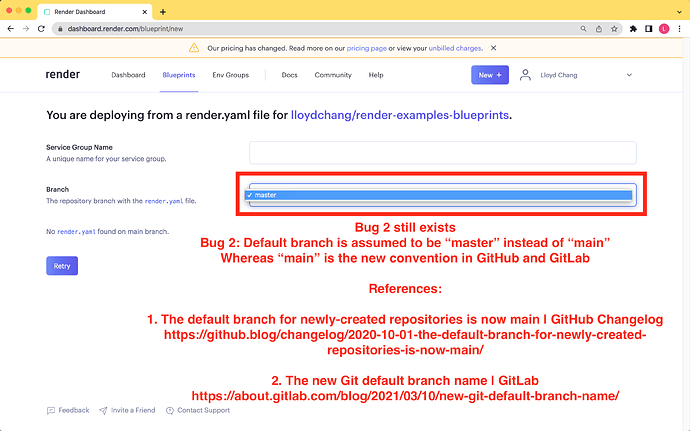 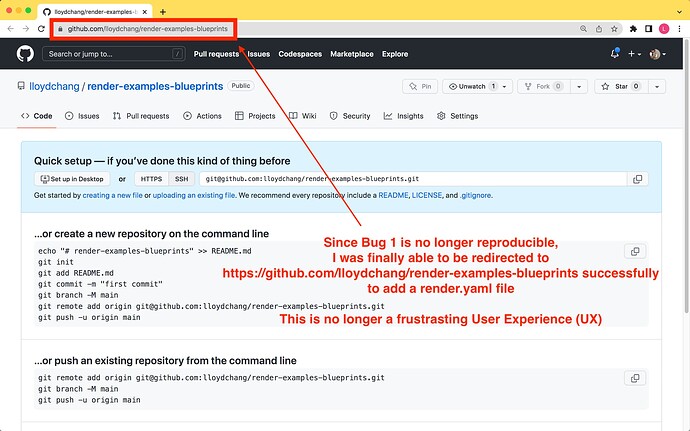 For Bug 2 - we actually load the branch names from the repo - for your https://github.com/lloydchang/render-examples-blueprints repo, there is no branch. If you created a main branch in the repo then we’d present that it in the list.

I dug into the why:

Even though GitHub defaults to the main branch for a new repository: 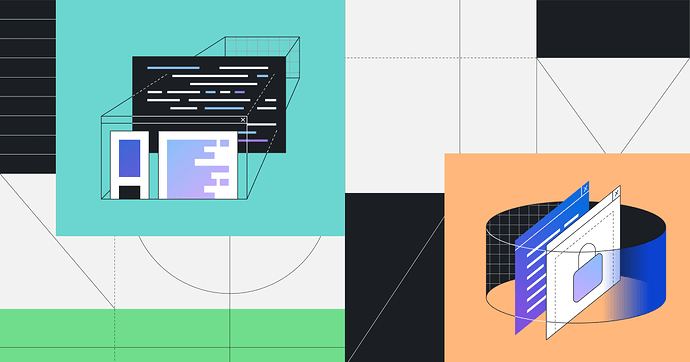 The default branch for newly-created repositories is now main

Git CLI (running underneath the hood) and/or Git API — It depends on whether Render is using the Git CLI or Git API — is still defaulting to the master branch.

fatal: your current branch ‘master’ does not have any commits yet

**The discrepancy is between GitHub and Git, and it happens outside of Render.

It appears that Render Web UI is simply manifesting what Git CLI and/or CLI is reporting — despite of the discrepancy with GitHub.** 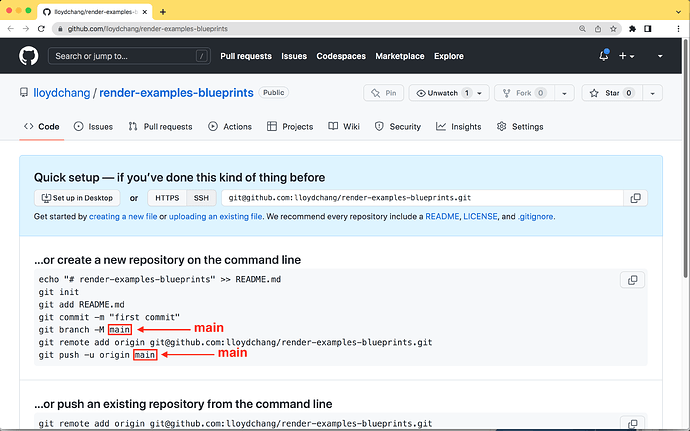