TLDR: It seems that I can’t change the Python version via PYTHON_VERSION env var in an Elixir Native Environment. Ideas? Thanks!

I’m having trouble changing the Python version in an Elixir Native Environment.

I’m able to switch Elixir/Erlang versions properly with the ELIXIR_VERSION and ERLANG_VERSION environment variables, but PYTHON_VERSION doesn’t seem work. I’ve tried setting it to 3.8.2 per Specifying a Python Version | Render as well as 3.10.5 from reports that that works, albeit in a Python Native Environment. 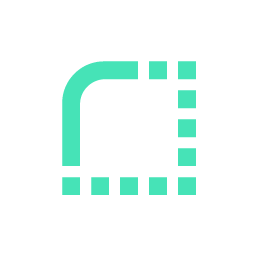 It now seems that python3-pip is included and I can use it via the pip3 command. Butt I’m unable to change the version via the env var. Running python3 --version in my deployment build.sh bash script prints this no matter what PYTHON_VERSION is set:

Is this just not possible yet in the Elixir Native Environment? Is it time to use that thing with the big ocean fish? Am I doing something wrong? What is the meaning of…sorry, maybe too many questions.

Did you find finally a solution for this? I am having the same needed, and it is been very hard to find a workaround.

Any help? Thanks a lot

@John_McClane not for an Elixir Native Environment, but in the end I just ended up using Docker. It’s a bit of extra work but I’m able to successfully install/use the Python version I need with the official Elixir Docker image. Should be conceptually similar with Node.

Here’s my dockerfile in case it helps anyone:

Hi mwu, thanks a lot for your feedback and sample code for a solution.

It still dont convince for my case (I need python just for building a file in my build stage). Finally I have decided to use a python environment, generate the file, push to s3 bucket, and then my node project can read it from the bucket (still another overengineered solution).

I still would like to know if python could be upgraded, would solve this problem so easily…

I don’t think Docker adds too much complexity, and as a bonus it’ll allow you to completely customize for what you need and allow portability between services that support Docker, including your local machine.

It’ll also keep everything contained within Render instead of relying also on AWS.